General information to do with the PlayStation 1 Hardware. Including modchips, pinouts, rare or obscure development equipment, etc.
Post Reply
1 post • Page 1 of 1

I'll get right into it. All of the information here is based on my reading the PS1 hardware schematics and from doing my own signal analysis (multi-meter and scope)

Without this mod, NTSC games on PAL console will have vsync 59.3hz and NTSC consoles will have PAL games at about 50.3hz... both are wrong. With this fix, games on either mode have the correct precise timings. This ensures 100% game compatibility and fixes issues with TVs; e.g. composite video and svideo on NTSC will now be in colour without any issues.... though only on scph5xxx and earlier. later consoles use a clock generator which generates its own hardcoded subcarrier signal.... regardless, it fixes game compatibility.

also, certain upscalers like the framemeister have a stuttering video output on NTSC mode on a PAL console *unless* you do the oscillator fix.

there *is* a dual frequency oscillator board but it's super expensive and in my opinion, crap because it outputs the same signal to both GPU clock inputs... my mod does it correctly, and it's very cheap. a crystal costs like 1 USD from china and all you need is some wires, flux and some solder, also a 220ohm resistor and an exacto knife to cut traces

I only do the oscillator mod for game/tv compatibility but I don't care about colour accuracy on composite video or svideo. I recommend using an RGB cable even if you don't need one, because it has much better picture quality. also, to further improve picture quality on RGB you should use the csync mod documented below

Dual PAL/NTSC oscillators:
NOTE: !!! btw this is for the newer 208 pin GPU. I don't know the pinout on the older GPU *but* on those older PS1 revisions there's an extra space for a 2nd oscillator so just add the oscillator there and BAM 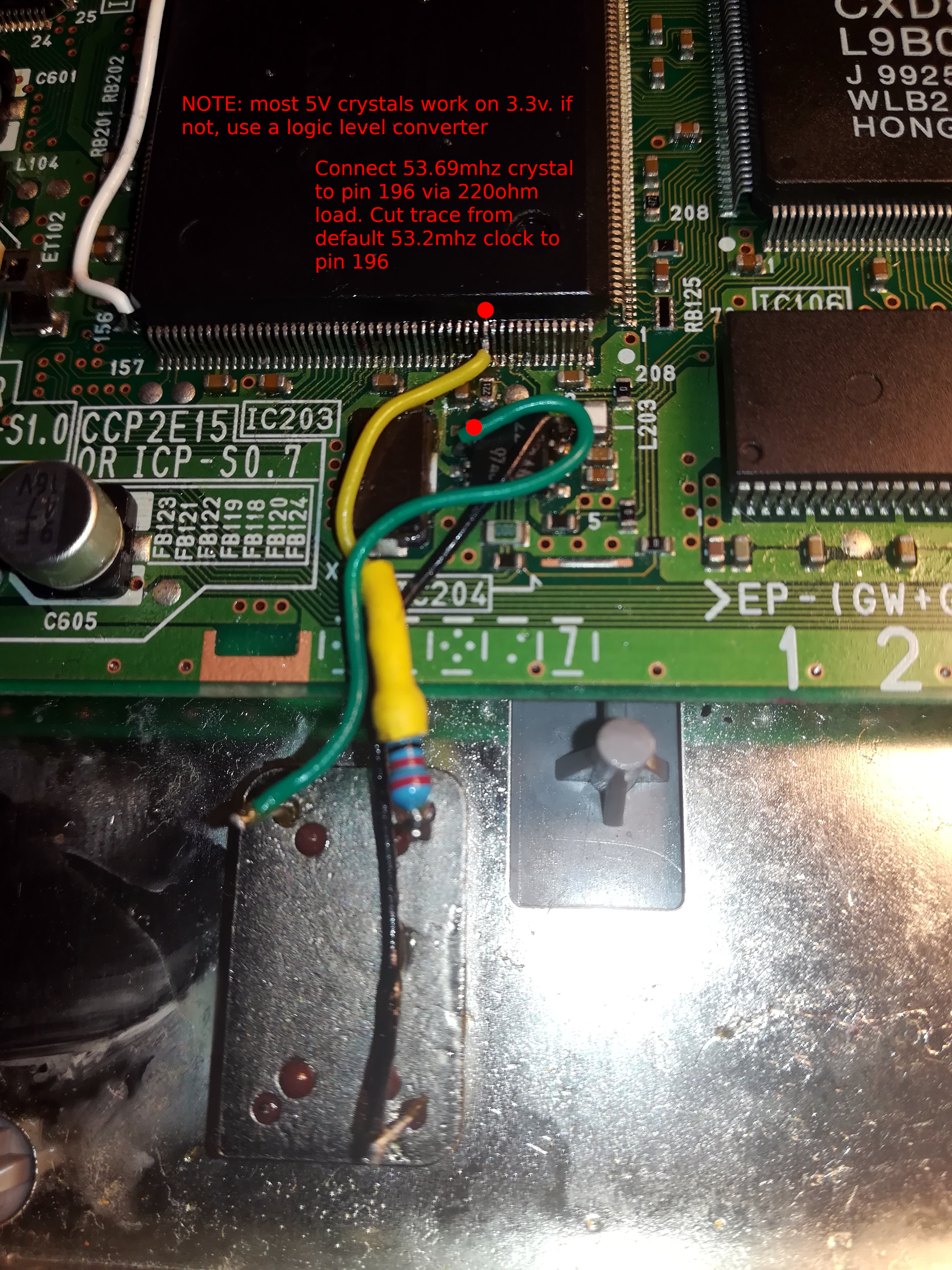 NOTE: On PAL consoles, do as the image says. If NTSC console, put a 53.2mhz crystal on pin 192 instead and cut the trace leading to pin 192
NOTE: 3.3v crystals are hard to find but 5V ones are easy to find. a crystal is just... well, a crystal! with current running through it. so the voltage doesn't really matter anyway. in the above picture i have a 5V crystal but it's connected to the 3.3v line. if you wanted to be a stickler about it, you could use a logic level converter 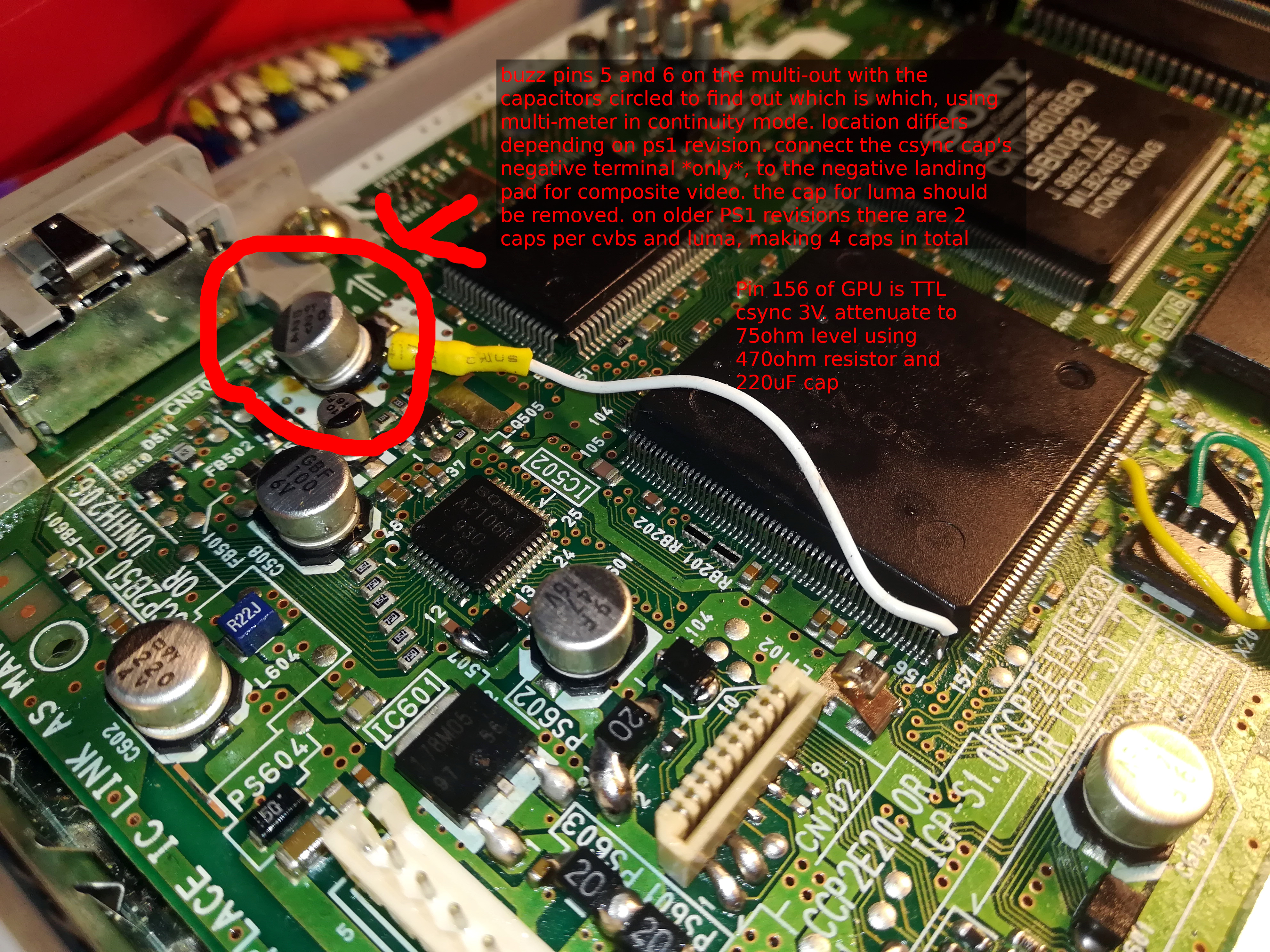 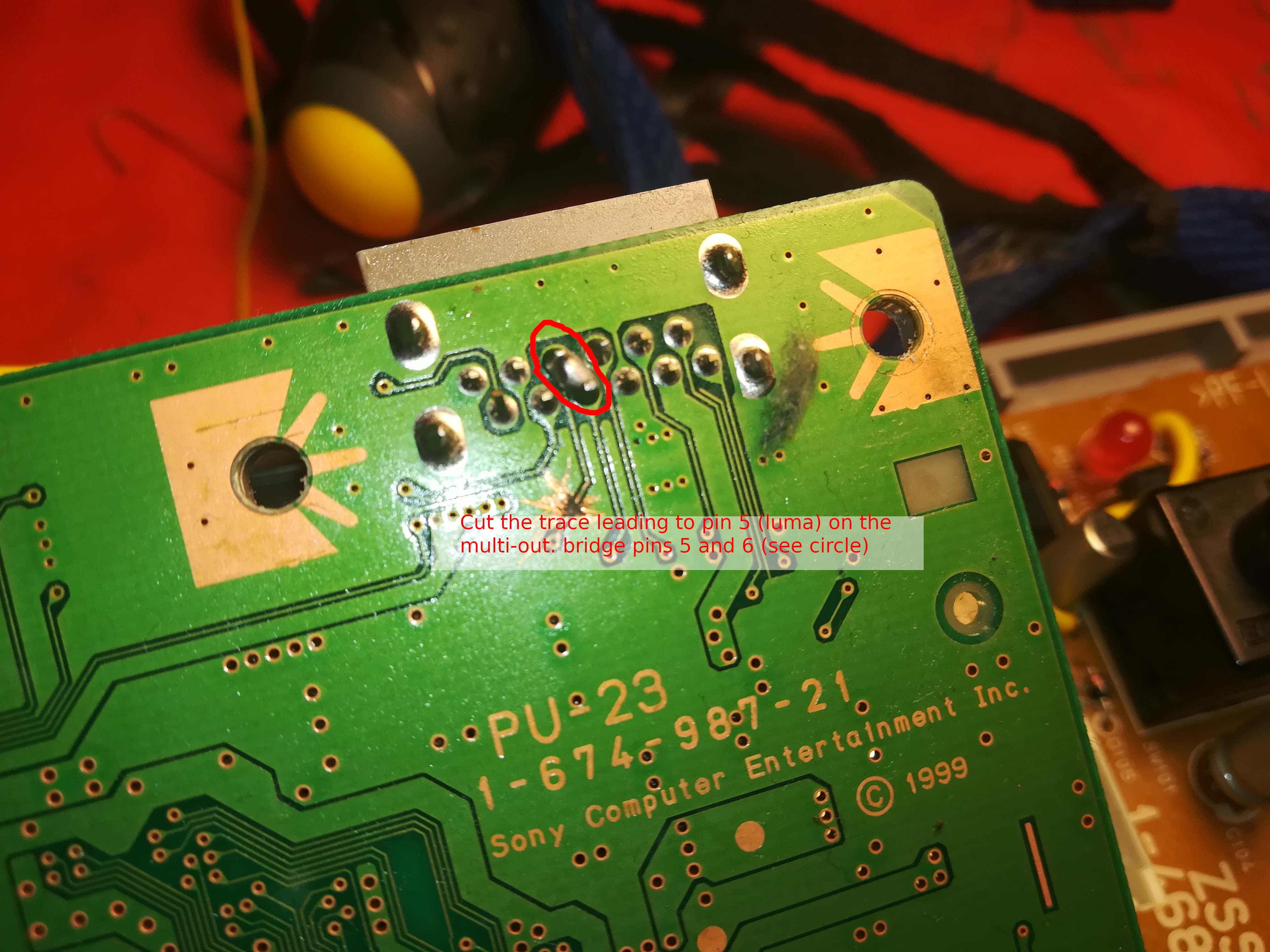 NOTE: pics are of a scph-9000 series. it varies per model. just buzz pin 5/6 on multiout and find where there is continuity to find which caps are which. remove luma and cvbs caps.... yeah just look at the pci

IN FACT, on those super old PS1 models just replace the cxa1645 with cxa1145, but don't connect pin 20 which is composite video. then connect pin 11 to the landing pad for pin 20. BAM! 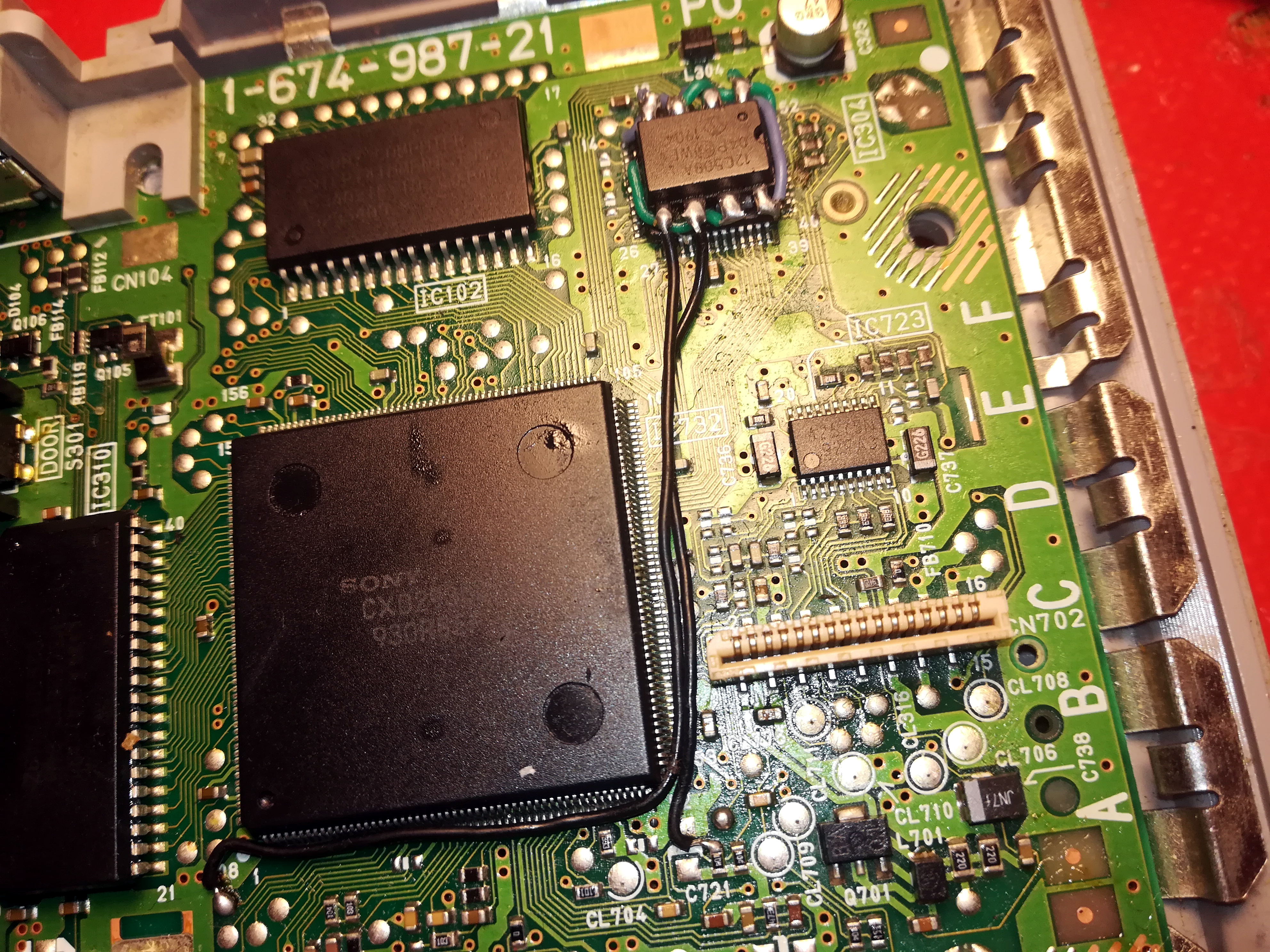