Buy, sell and trade PlayStation 1 related software and or hardware
Forum rules
We do not take any responsibility for what you buy, sell or trade in this forum. You may however report suspicious users and scammers.

Only PlayStation 1 based equipment may be bought, sold and traded here.

Please bump topics only every 14 days (2 weeks) otherwise we will lock the topic.

When listing an item for sale, you must include in each photo alongside the item your name/handle on physical media (paper, cardboard sign, mobile phone displaying it, etc).

A PSIO arrived in the mail the other day. Have a look at this video I did where I install the switchboard for it:

https://www.youtube.com/watch?v=w5NFeHQo2lo (also see photo below of the finished result)

I'm selling this on https://minifree.org/ if anyone is interested.

The PSIO is a special cartridge that plugs into the back of the PS1, allowing you to play games from an SD card (while still allowing CDs to boot as normal). Just turn the PS1 on and play! More info about PSIO on https://ps-io.com/

Although it *is* a PAL PS1, I've added a 2nd oscillator for NTSC. PAL and NTSC games both have the exact correct and precise vsync timings. Normally, a PAL PS1 can work in NTSC mode but with an off-spec vsync timing; my oscillator fix solves that. More info on the site.

The PS1 also have a multi-mode3 stealth, 8-wire modchip installed for booting games from CD-R.

Additionally, composite video and s-video's luma channel are replaced by composite sync. an RGB SCART cable is provided. This means you get much better picture quality (without the csync mod, RGB is quite fuzzy on LCD TVs)

I have also calibrated the CD laser and installed a red power LED that blinks when the laser moves (when reading discs). The way this works is that power to the LED is cut on PSU side and instead connects to the laser sled power rail.

NOTE: This PS1 takes 240V 50Hz AC input. If you live in USA/Japan/Canada etc which uses 120v, you can simply replace the PSU. Find a PS1 PSU on ebay. NOTE: You would also have to transfer my blinking LED mod over to the new PSU, but if you don't want to do that just cut the wire that I added for it and pop in the new PSU with the default green LED.

Since this PS1 takes 240V AC, it'll work in the UK, European Union, Russia and lots of other countries.... most countries use 240v

Here's a photo of the switchboard that I installed: 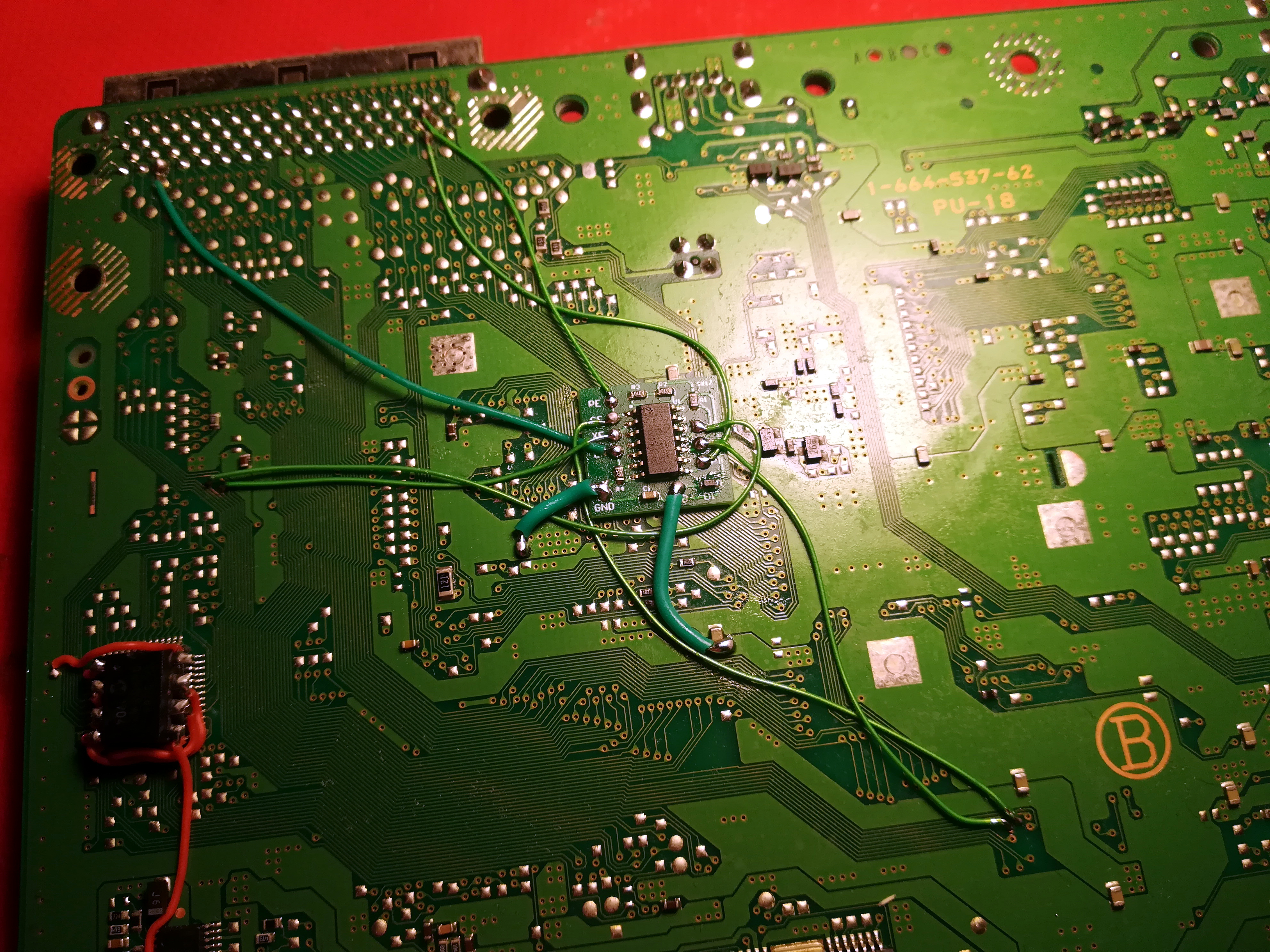 If you sell it make sure you provide the buyer with the email address and Order ID from the purchase so they can get updates. Cybdyn Systems requires that to download firmwares.
Development Console: SCPH-5502 with 8MB RAM, MM3 Modchip, PAL 60 Colour Modification (for NTSC), PSIO Switch Board, DB-9 breakout headers for both RGB and Serial output and an Xplorer with CAETLA 0.34.

Yep. I'm aware of that. They don't permit me to share my login details but sharing my email address and order number is OK.
Top
Post Reply
3 posts • Page 1 of 1