Downloadable items hosted by PSXDEV admins are within this forum.
Forum rules
Do not post any new topics here. You can reply in the existing topics, but do not create new ones. If you do they will be moved or deleted.
Post Reply
123 posts

smf wrote:A picture is not much help, "SCPH102C" on the label and the different feet could be an indicator that it's a clone

Do you think that the "C" is for Clone??? Well, maybe that's possible, too. Whatever it is: The console's feet & label are uncommon, and if anybody does have one of them then it would be definetly worth to open it up and look inside of it.

My two SCPH-102's are Made in China, too. That doesn't seem to be special.
Top

nocash wrote:Do you think that the "C" is for Clone??? Well, maybe that's possible, too. Whatever it is: The console's feet & label are uncommon, and if anybody does have one of them then it would be definetly worth to open it up and look inside of it.

Assuming it's actually a psone and not a nes designed to look like a psone then I think the C is for Continental Europe and it was labelled differently without Sony's permission. The label is very bad quality, maybe they were trying out a new label supplier and some miscommunication along the supply chain had the country added. The guy who did the label layout almost certainly cared less about what was on the label than you do.

If one turned up then opening it up would be worthwhile, but I don't think it's related to having PM41(2) & I don't think there is a previously undiscovered third motherboard type.

IMO it's like http://en.wikipedia.org/wiki/Errors,_fr ... d_oddities
but for a console instead of a stamp.

"The coin â€“ made to mark the 400th anniversary of the Gunpowder plot â€“ has the words â€˜Pemember the fifth of Novemberâ€™ engraved around the outer rim.

Eagle-eyed collector Albi Pinnion, 46, noticed the mistake after being handed a Â£2 coin in change at his local pub in Ousden, Suffolk.

Remarkably, the coin was produced in 2005 and the mistake has gone un-noticed for five years.

The misprinted currency has now become hot property among coin collectors and are selling for over Â£10 on eBay."


"In 2008 a batch of undated 20p appeared in circulation in the UK, some of which were sold for thousands of pounds each on internet auction sites."
Top

Dark-Show wrote:To bad SCPH-5903 was never copied. With this bios we may have been able to bring VCD support too other models.

i have a friend with a working playstation he got in singapore or indo back in the late 90's played vcd and had a remote with it... pretty fancy, ill see if i can get in touch with him and show him this website... maybe its the one your loooking for...
i think his handle is "norrit4ever" mathew haskins of sunshine coast, queensland australia
Top

Hi everyone, i have a 7501 , I would like to help complete the list, but not how to download my BIOS, I have the console with Mod Chip and I have a PS2 with McBoot, is not whether it is possible to use the PS2 in the process 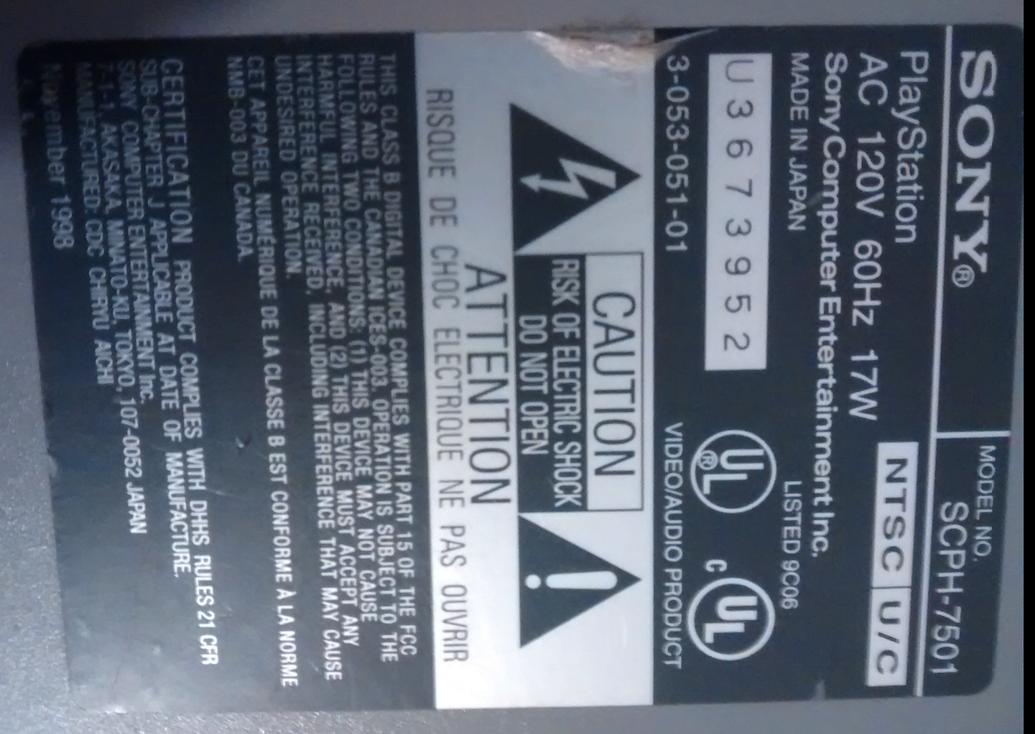 thorun wrote:Hi everyone, i have a 7501 , I would like to help complete the list, but not how to download my BIOS, I have the console with Mod Chip and I have a PS2 with McBoot, is not whether it is possible to use the PS2 in the process

For consoles with a working parallel port you can use an xplorer and parallel cable to save the bios, for other machines I usually save it to multiple memory cards.

Burn it to cd, boot it up. It shows you the version and CRC, if you post that then it might not actually need to be transferred.

If it does need transferring then you need one or more PS1 memory cards and each time it fills up you should be able to use ulaunchelf on the PS2 to copy the file from the memory card to USB, then put the memory card back into the PS1 for the next part. When it says SAVE: BIOS press cross (you can use left/right to select CART or BIOS). The rest of the prompts are more descriptive. You can format the cards before writing each part, so you don't need to delete anything on the PS2. Post the parts somewhere and I can stitch them back together. If you have enough cards you can save one after the other without transferring, it's compressed so you probably need 3 for a 512k rom (the 1mb rom in the 5903 took 4 but it compresses better).

The checksum and size is calculate at bootup, but the bios text and cart string is updated at run time. If you have a console where the parallel port isn't working then booting this disc and plugging in a cart can show you whether it's a mechanical problem or not. I have at least one console where bits come and go randomly but it is also affected by movement. At some point I should probably look at fixing that :/

I will probably update it at some point, so any feedback is welcome.
Top

Looks like you're missing a few that I've found in my travels... Is the list up to date?

All CRC/SHA-1 hashes have been verified with the MESS hash list linked above (text file with that info also included). I even opened each one in a hex editor to double check they are the right versions (hex offset 7FF32-7FF66)... They are.

I'll just place this here anyway: [EDIT: Updated to v1.1]
You do not have the required permissions to view the files attached to this post.
Top

Dumped the "SCPH-5501".
Development Console: SCPH-5502 with 8MB RAM, MM3 Modchip, PAL 60 Colour Modification (for NTSC), PSIO Switch Board, DB-9 breakout headers for both RGB and Serial output and an Xplorer with CAETLA 0.34.

I have a SCPH-7501 PS1, could someone give me instructions on how to dump the BIOS? Thanks.

therealinsight wrote:I have a SCPH-7501 PS1, could someone give me instructions on how to dump the BIOS? Thanks.

As mentioned before here by Gradius and in conjunction with my post under his.
Development Console: SCPH-5502 with 8MB RAM, MM3 Modchip, PAL 60 Colour Modification (for NTSC), PSIO Switch Board, DB-9 breakout headers for both RGB and Serial output and an Xplorer with CAETLA 0.34.

yudha990
What is PSXDEV?

Is SCPH-103 dumped yet? If not, I have a scph-103 and looking forward to dump the bios, but anyone has a guide on how to dump a psone bios? The console is now in another country though and i am expected to go there in december.

I'd love to contribute the file, just let me know how to do so.
Top

Interesting, looks as if nobody has ever spotted that version before you : ) Let me guess, it's only one byte different compared to v4.4e... yes, looks so (got the same checksums that you've posted when changing the v4.4e ROM's region byte to "A"). But anyways good to know that the ROM does exists, for the sake of completeness.
How are chances that you could write down the ROM chips part number, or post a photo of the chip? I've tried to compile a list of the ROM part numbers here: viewtopic.php?f=70&t=1065 (still quite incomplete).
Top

Following nocash's instructions here's the patched file matching your dump.
You do not have the required permissions to view the files attached to this post.
Top

Squaresoft74's uploaded copy is indeed correct - it matches my dump bit by bit. I originally didn't want to open up the PSOne because I wanted the Warranty seal to stay in tact (just for the sake of it), but on the other hand I'd also like to clean it inside out. So if it helps you I'll definitely take a picture - especially if you're the nocash guys who wrote all the emulators and compiled the fantastic documentation

I have a good DSLR so you should be able to read off the numbers yourself. I'll upload the photo soon.
Top

sakura
What is PSXDEV?

Thanks, fixed.
Development Console: SCPH-5502 with 8MB RAM, MM3 Modchip, PAL 60 Colour Modification (for NTSC), PSIO Switch Board, DB-9 breakout headers for both RGB and Serial output and an Xplorer with CAETLA 0.34.

Just let me know if and how you'd like me to upload it.

fmc
What is PSXDEV?

Hey guys, I've seen some recent comments here, is there any news to be posted to this main post?

null
What is PSXDEV?

Hi can you please send me all this I really needed those for research. Thank you very much for dumping these!!
Top

null
What is PSXDEV?

It's not complete there's no PSP/PS2/PS3 BIOS for PSX there.
Top
Post Reply
123 posts