The CPU from the PlayStation is guiding a probe to Pluto

The CPU from the PlayStation is guiding a probe to Pluto 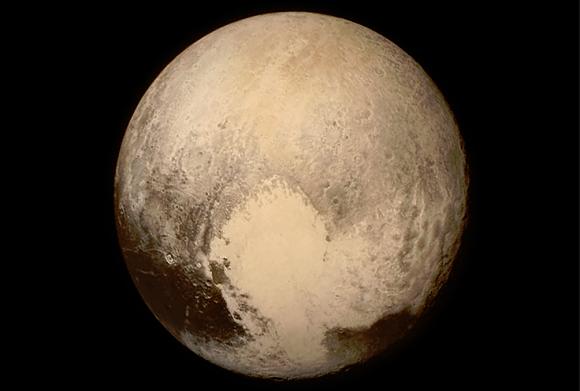 You probably already know that your smartphone is more powerful than the computers used to land astronauts on the Moon. But did you know that the processor used in the original Sony PlayStation is currently guiding a space probe the size of a grand piano towards Pluto? Yep, the same MIPS R3000 CPU that once ran Final Fantasy VII and Metal Gear Solid was repurposed by NASA in 2006 to fire thrusters, monitor sensors, and transmit data from the New Horizons space probe. You may have thought defeating Ruby Weapon was an achievement but try orchestrating a gravity-assisted flyby past Jupiter on a four-hour time delay.

This isn’t unusual behavior for NASA though, as the space agency always prefers the tried-and-tested to the cutting-edge. The next-generation Orion spacecraft, for example — the one that will hopefully take humans to Mars one day — is controlled by an IBM processor made back in 2002. The CPU in New Horizons may have been tweaked a little to better survive the radiation bombardment of space, but other than that it's the same old chip: NASA’s engineers don’t need power; they need reliability.

This is why there’s nothing better than a reputation staked on years of commercial use. Is your old PlayStation still working? Good. Because New Horizon has been in space for nine years already. The probe was launched back in January 2006 but is now on its final approach to Pluto, moving at a speed of approximately 36,373 mph with a projected arrival date of July 14th. Once there it will explore the dwarf planet and its moons before moving on to travel through the Kuiper belt — the massive asteroid belt that fringes our Solar System. This chip is going to parts of space where man-made objects have never been before, meanwhile your PlayStation is stuck in a closet somewhere beneath a stack of Pokémon trading cards.

Re: The CPU from the PlayStation is guiding a probe to Pluto

Re: The CPU from the PlayStation is guiding a probe to Pluto